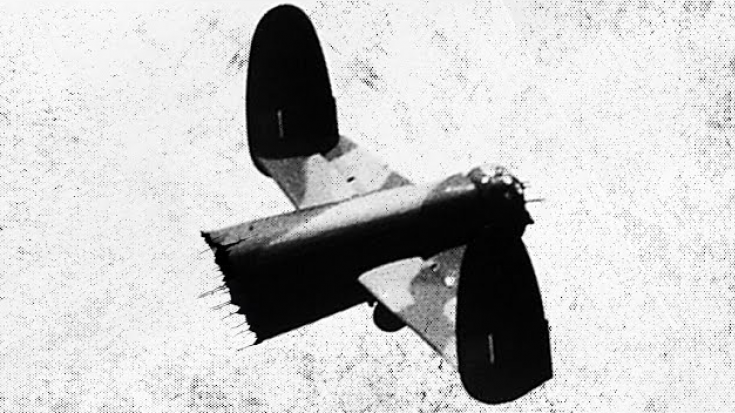 Following a successful bombing run over Germany, a ground crew spotted something that looked a little off. A few minutes after midnight over Vester Vedsted in Denmark, the somewhat mysterious object fell to the ground and people nearby heard a cry for help and eerie moaning. After the local folks arrived at the scene, they were surprised to see a broken tail section of a Lancaster. More than that, the sounds came from tail gunner F/Sgt Patrick J. Cramer who was seriously injured but otherwise still alive.

He was rushed to the hospital but unfortunately passed away later that night.