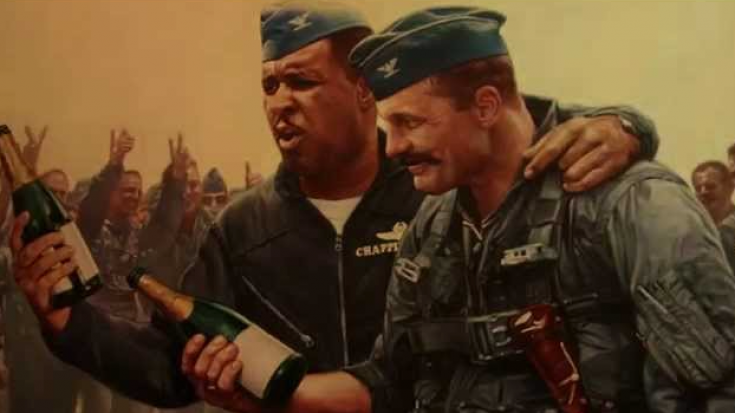 Who is Robin Olds?

He was an American fighter pilot who became known for being a “triple ace”. During World War II and the Vietnam War, he had a total of 17 victories. In short, he was the real deal. He was raised in a military family – his father was Army Air Forces Major General Robert Olds. Robin Olds once said, “There are pilots and there are pilots. With the good ones, it is inborn. You can’t teach it.”

In WWII, he achieved ace status by shooting down five enemy aircraft during his first two missions. Both his career and his life were highly publicized especially after he married actress Ella Raines.