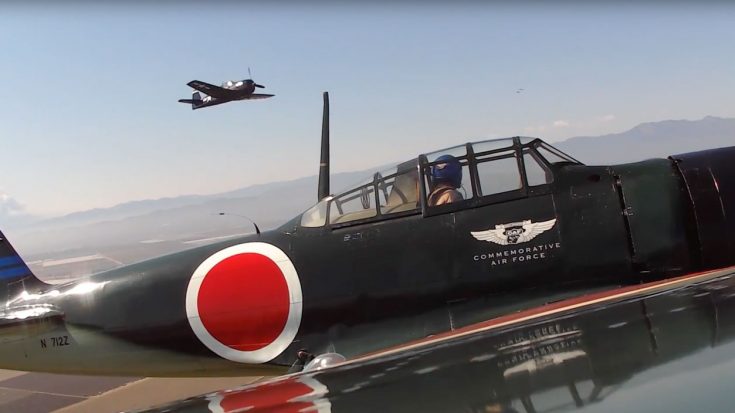 Zero Is Still A Hero.

At the beginning of World War II, the Mitsubishi A6M Zero was almost untouchable in terms of aerial performance. The Zero has incredible maneuverability, speed, range and firepower that made Japanese pilots so deadly. It would take years before the Allied Forces would create an airplane capable of catching up to the A6M Zero. However, American engineering caught up and eventually surpassed them with fighters like the P-51 Mustang. The A6M Zero’s lack of armor and self-sealing fuel tanks made them easy prey for American fighters. As Japan began losing the war, pilots crashed their planes into ships to take down as many Americans as possible.

“The first flight of the ‘Zero’ fighter was April 1, 1939. Allied Intelligence applied the name ‘Zeke’ to the A6M, but it was better known as the Zero, the name derived from its type designation after the year in which it was put into service – 1940. Mitsubishi and Nakajima built 10,449 ‘Zero’ fighters (more than any other type of Japanese aircraft). The single-seat fighter has lightweight all-metal construction and fabric-covered control surfaces.”

Once upon a time, there were over 10,000 A6M Zeros, now only a handful remain. Within that small amount, only five of those A6M Zeros are capable of flight and the Commemorative Air-Force owns one. The CAFs show that this Zero still has the moves to take on the sky and go hard on speed.