The Last Flying A-20 Havoc In The World 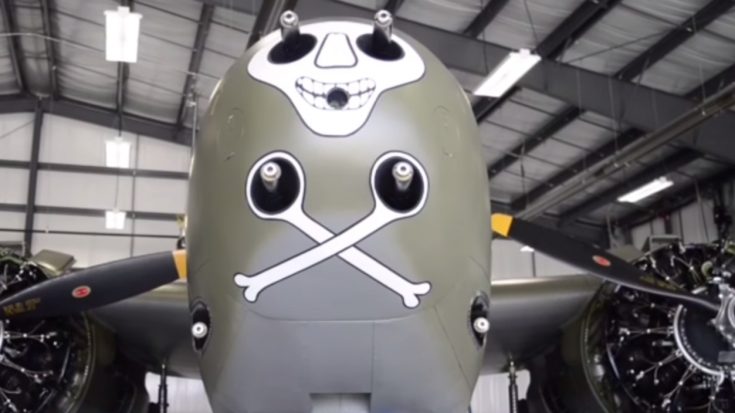 The Douglas A-20 Havoc was a solid, well liked plane. As a light bomber, it was tough, fast, and easy to maneuver. However, the Havoc phased out quickly and today, only a handful remain around the world.

Scattered around the globe

Of those remaining, some are on display around the globe in Australia, the U.K., Russia, and Brazil. A few others are currently being restored.  Expeditions in New Guinea are bringing back some promising restorable frames. To date, this particular plane has not been excavated. In early 2016 one was discovered, miraculously intact, 100 meters below the surface of the Baltic Sea. Yet, only a single Douglas A-20 Havoc is airworthy.

One of a kind

Restored by Carl Scholl and Stewart Dawson, this 1944 A-20G, owned by Lewis Air Legends based in Texas, flies beautifully. There are over 37 vintage airplanes in Rod Lewis’ collection. This may very well be one of the finest. Released in 1946 from military service, this plane avoided being sent to the Soviet Union with the Lend-Lease agreement and only had about 600 hours on it. It was then purchased by Tallmantz Aviation in Southern California where it allegedly worked as a camera ship. Today, it is a living legend- a true one of a kind.

With many variants of the 7,500 Douglas planes made before it was phased out, The G model has a solid gun nose designed for ground attack. Crewed by three, the Douglas A-20 Havoc was single-pilot. The bomb bay separated the pilot from his top and ventral gunner. The cockpit has a lot going on. Switches, gauges, breakers, and control levers wrap all away around the back of the seat. And even though its presence in World War II was short lived, this remarkable, versatile plane made quite the impression. And luckily, thanks to Lewis Air Legends, we still have one to hold onto.