The “Last WWII Ace” Was Also A Convicted Felon 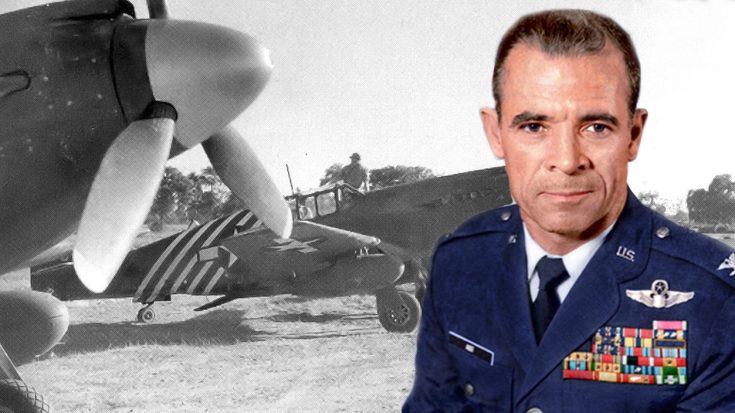 Abner Aust Jr. was just six years old when he decided he wanted to become a fighter pilot.

By age 23, he had accomplished his goal. Not only was he a fighter pilot, but he was a darn good one. First trained on the P-40, he learned to fly just about every fighter plane of the time and earned his ace status in a Mustang. In July 1945, he and his squadron had run into 6 Japanese airplanes while delivering the P-51s to Iwo Jima.

“So I picked out the leader, I shot him down. I did a tight loop, and ended up, upside down behind number two, I shot him down. I dropped off and got number 3, then I got hits on two more, and then number 6, I had him smoking, going down into the clouds…” – Abner Aust Jr

Abner Aust Jr. would go on to serve in Korea as an air defense planner and lead a fighter wing in Vietnam. He retired in 1972 as a U.S. Air Force Colonel with an impressive number of medals and awards to show for his service, including the Distinguished Flying Cross and Bronze Star.

Not So Outstanding Citizen

His life as a citizen was not nearly as commendable as his his military career. Unfortunately, the veteran also racked up  a number of arrests and grand theft felony charges. Worst of all, he attempted to hire someone to burn his ex-wife’s house down and later, while in prison, talked to someone about attempting to poisoning her. He would serve 8 years in prison for this.