The Man Who Survived Both Atomic Bombs 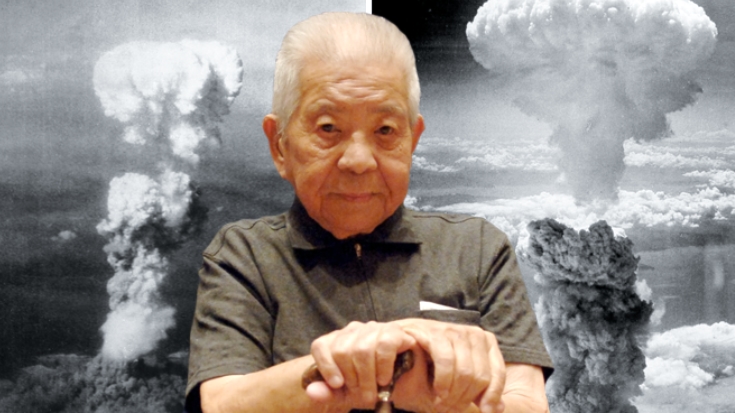 Tsutomu Yamaguchi may be the luckiest man on Earth or the unluckiest based on how you look at it. He lived an ordinary life in Japan until the outbreak of World War II, and things changed. However, Tsutomu Yamaguchi earned his place in history when he became the only person to survive both atomic bombs.

In 1945, Tsutomu Yamaguchi was a 29-year-old engineer working for Mitsubishi Heavy Motors where he designed oil tankers. He strongly objected to Japan’s involvement war and witnessed the decline a quality of life as the time went on.

On August 6th, 1945 Yamaguchi was in Hiroshima on business for Mitsubishi Heavy Motors. He had completed his assignment and was leaving with companions back to his home in Nagasaki. At 8:15 AM, he looks up into the sky to see a B-29 release something with two parachutes attached. At that moment, Hiroshima becomes the first city to feel the wrath of an atomic bomb.

Yamaguchi awakens with a ruptured eardrum, partially blinded and suffering burns. The city lay in ruins but Yamaguchi felt that he had a role to fulfill. The following day, he traveled to the city of Nagasaki despite his injuries.

“I thought the mushroom cloud had followed me from Hiroshima.”

In his later years, Tsutomu Yamaguchi became an advocate against nuclear weapons. Officially recognized as a survivor of both bombs, he eventually dies of stomach cancer at age 93.