The Only Flying Avro Anson Mk. 1 – Start-Up And Flight 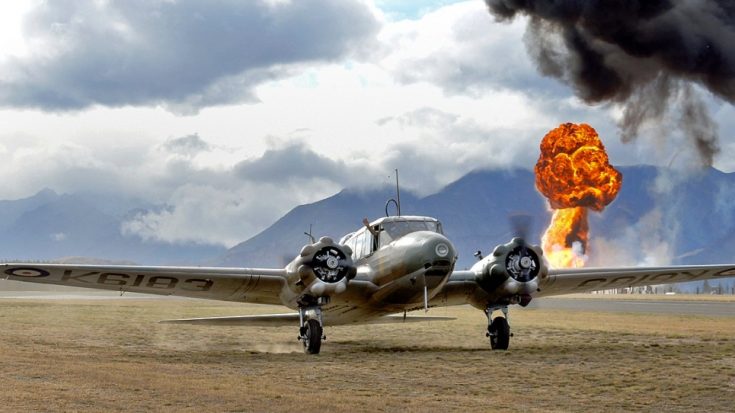 Developed initially as a reconnaissance plane in 1933, the Avro Anson could carry considerable loads and possessed long range capabilities for its time. It was an uncomplicated, reliable plane with wooden wings, a welded steel tube fuselage frame, and a magnesium allow frame.

The Avro Anson was usually crewed by four after 1938. The RAF bomber did see some combat action, but the Avro Anson mostly played the role of training plane during WWII. It was an excellent resource for future Avro Lancaster pilots to train on multi-engine bombers. In that sense, the plane was a vital part of the British Commonwealth Air Training Plan- so much so that the British could not keep up with the demand and Canada came on board to produce the Avro Anson MK II.

The Avro Anson in this video is New Zealand’s beautiful airworthy MH120 (painted as K6183 of No 206 Squadron during the Second World War), built in 1943. She saw service with the Royal Air Force and again later with the Royal Australian Air Force. This Anson most likely spent most of its flying life off of the east coast of Australia.

It is the only Avro Anson Mk. 1 airworthy today. Owned by Bill Reid, the restoration took ten years and the plane saw its first long-awaited flight on July 18, 2012. Though it’s been flying ever since, the experience of seeing it fly, even on video, is truly one of a kind.