Fantastic Skyraider POV Flying Next To A Mitchell And Avenger 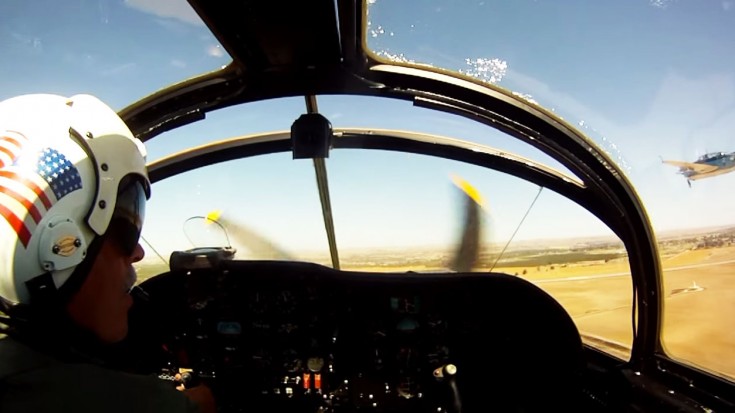 I’d Take A Day Off And Fly With These Legends Too!

This great footage shot at the Planes of Fame Air Show takes you on a ride in a A1-E Skyraider. Piloted by Rob Patterson, the fully equipped Skyraider takes to the skies alongside some of our favorite warbirds, the B-25 Mitchell and TBM Avenger. Skyraiders arrived a little too late to serve in World War II, but served very well in subsequent conflicts. Nicknamed ‘Spad,’ it was one of the last piston-powered propeller-driven aircraft at the dawn of the jet age.

Some basics about the planes you’re about to see:

There are almost 40 different variants of the Skyraider, as they were adapted to both the wars they fought in and their mission types. The Skyraider in this video is the A1-E. This variant had side by side seating for both the pilot and co-pilot and did not have air breaks. They were first used by the U.S. Air Force and were assigned to the 1st Commando Squadron, providing close air support to ground forces in Vietnam.