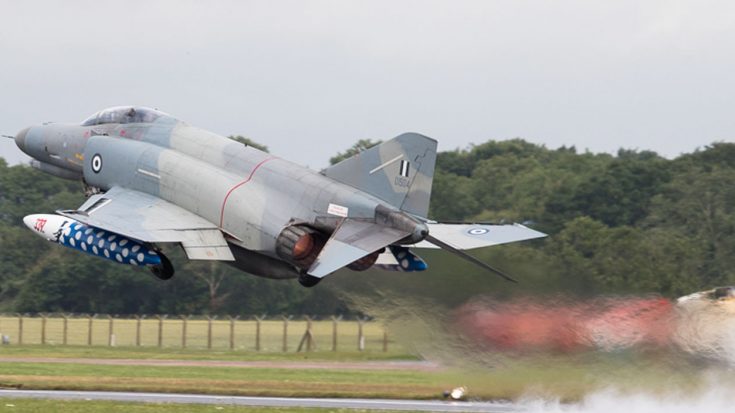 The F-4 Phantom will always a place in the hearts of pilots and military aviation fans. Sadly, the F-4 no longer has a place in the United States Air Force after their retirement in 1996. The remaining Phantoms were converted into drones known as QF-4 and shot down for target practice by modern aircraft. But all is not lost, two of the last F-4 Phantoms appeared for a flight at RIAT 2016. 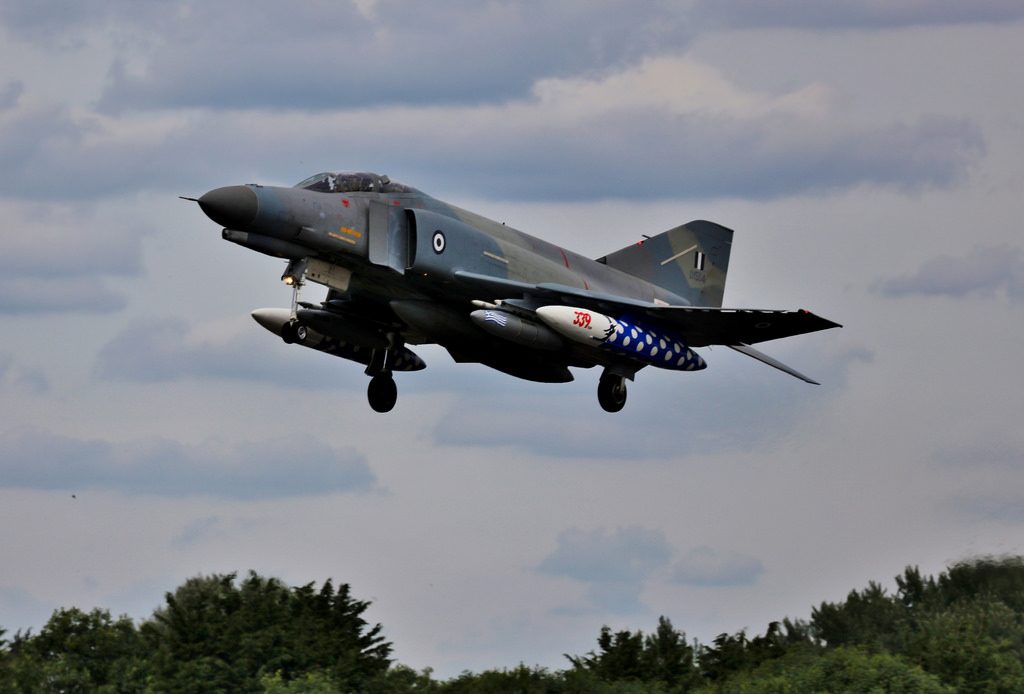 These F-4s were welcomed to the 2016 Royal International Air Tattoo with cheers and open arms. These jets are part of Greece’s Hellenic Air Force where they still serve actively, only a handful left on earth.

“Greece and Turkey are the last operators in Europe of this large twin-engined fighter jet which was developed as a carrier-borne fighter for the US Navy. Greece operates two versions of the F-4, the F-4E (AUP) – Avionic Update Programme – which is used for both the air-to-air, air-to-ground roles and the RF-4E which is used for tactical reconnaissance. The aircraft visiting the 2016 Air Tattoo is a pair of F-4Es from 117 Combat Wing at Andravida.”

It seemed like the last time we would see Phantoms strut their stuff was the AirVenture Airshow last summer, but three days after that they were gunned down for weapon testing. We can be thankful that Greece still loves these jets as much as we do. It hurts to see the F-4s shot down for target practice but now we can see them fly like they were meant to.