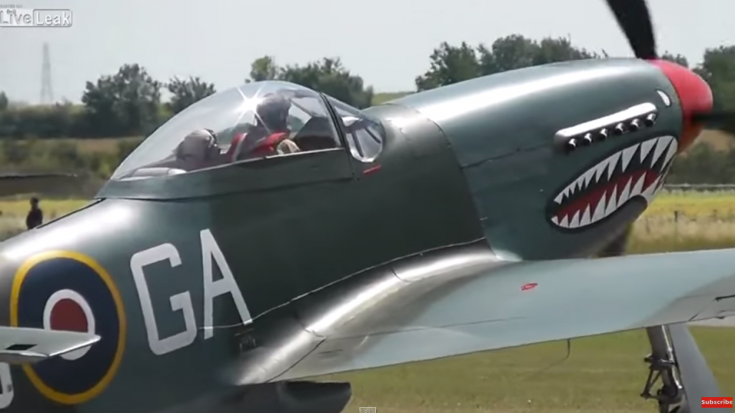 Got To Admit That Mustangs Look Great With That Shark Mouth

The ‘Shark Mouth’ logo was originally painted on Luftwaffe’s ZG heavy fighter wing which used the Messerschmitt Bf 110s. This design was later adopted by Allied fighter squadrons, specifically the ‘Flying Tigers’ of the 1st American Volunteer Group (AVG) which were flying P-40 Tomahawks in China. The story goes that they saw a picture of other P-40s of the No. 112 Squadron flying for the Royal Air Force and adopted the logo as well.

Later in the war, No. 112 Squadron’s Kittyhawks were replaced by Mustang Mark IIIs and IVs, who kept the shark mouth logos.

In July 1943, No. 112 Squadron moved to Italy’s mainland after the invasion of Sicily. A year later, once North American Mustang production was in full swing, their Kittyhawks were replaced, giving them a significant advantage in the air. They received Mark IIIs and later Mark IVs which were provided to the RAF under Lend Lease. Remaining in Italy until December 1946, the squadron claimed 206 air victories and destroyed 62 enemy ground targets.