The Tale Of A Happy Fighter Pilot 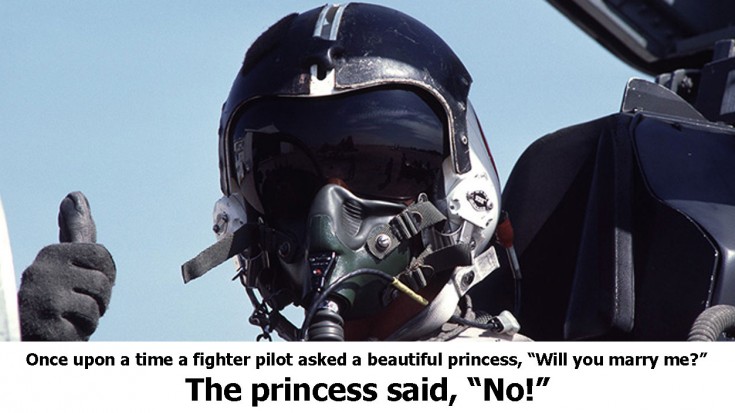 Once upon a time, a pilot asked a beautiful princess, “Will you marry me?”

The princess said ,”No!”

Crushed, the pilot went on to live happily ever after and flew his favorite jets all over the world and saved people from evils and everywhere he went women wanted to talk to him and on his days off he fished, hunted and BBQd drinking his favorite beers which he left on the lawn and slept outside with nothing but his boxers on and never had to worry about anyone telling him he couldn’t do it and he never worried anyone is cheating on him when he was flying and everyone who knew him thought he was the coolest guy to ever walk this earth.

He also got to keep all his money safe and sound in the bank and left the toilet seat up every time.