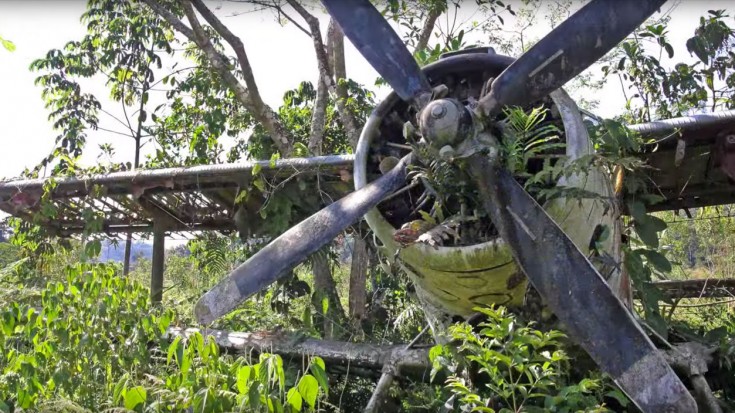 A Ghost of Soviet Russia.

There is just something about abandoned planes, they once soared the skies but now they sit in ruins. In the heart of the Peruvian jungle we find a decaying Soviet Antonov An-2, she looks like she has been there for decades. The An-2 was a reliable aircraft and was in production for over 45 years, it served many purposes over the years everything from crop dusting farms to military transportation. So many questions flood our minds about this mysterious wreck. Who was flew her? Where was she from? How did a Russian plane end up in Peru of all places?

“Nearly 150 Soviet advisors went to Peru and over 2000 Peruvian military officers passed through Soviet training. The Soviets also offered some economic assistance programs to the Peruvians but economics were not key to their approach.”

The An-2 is no doubt a relic of an unlikely alliance of the Cold War. In the film that follows we get a look into this Soviet Antonov in the dead of night in the heart of the rain forest and answer more questions. How has the jungle treated her? What was purpose? And what creatures have been calling her home all these years?