The Time A Vintage Warbird Crashed On Busy California Freeway 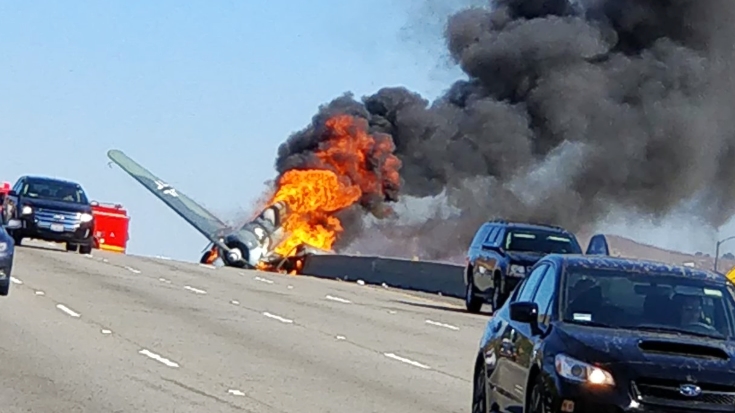 Authorities are reporting that a vintage plane has crashed on the I-101 freeway near Agoura Hills, California. Firefighters emerged on the scene to extinguish the scorching flames of the burning warbird. Although the vintage plane bears the markings of a Focke-Wulf Fw 190, it is actually a T-6 Texan.

Details are still trickling out about the incident, but it appears that the pilot was not seriously harmed in the crash. Two lanes of the 101 freeway were blocked off to ensure the safety of passing cars and to avoid causing potential wildfires.

Just a normal dude painting his T-6 Texan trainer to look like a Focke Wulf https://t.co/jXeIBFrEDu

So far there have no immediate answers for what caused the crash. The I-101 freeway has been shut down in both directions as authorities respond to the scene. The Federal Aviation Administration is launching an investigation into the incident.

The fire has engulfed the rear of the plane and the authorities are working to clear the remaining debris before opening the freeway. CBS Los Angeles is currently in the scene in Calabasas learning the details. Check out the film of the incident in this clip.