The Vickers Wellington And Its Defensive Ring 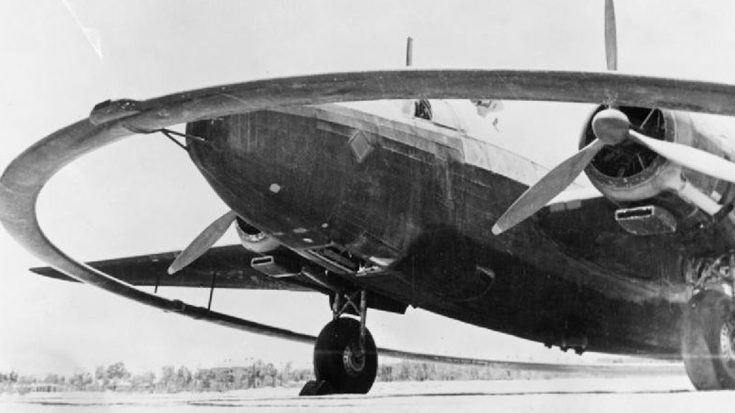 If you are a warbird aficionado at one point or another you may have seen some planes large metal rings surrounding them. In particular, the Vickers Wellington was equipped with these hoops, surrounding their entire frame. What many people don’t realize is that these rings actually served a defensive purpose, for a putting a stop to German mines.

The waters surrounding Great Britain were littered with mines used for anti-submarine warfare. The Germans had a particularly nasty mine that was actually magnetic and would attract itself to nearby subs and detonate. In order to deter the magnetic mines, the RAF devised a means involving the hoops on the Vickers Wellington.

The DWI variant of the Vickers Wellington uses the large metal hoop to fly over mined areas and emit a magnetic charge to cause the mines to explode. This was a particularly dangerous task because the bombers had to fly low over the water and were still well within the blast range.

“The aircraft had to fly slow and low enough to trigger the mine, but not so slow or low that it would be damaged by the explosion. This was a very low-level operation – initial tests took place at 60 feet, with 35 feet felt to be the minimum safe altitude.”

The anti-mine ring proved to be quite successful and was later installed on planes such as the Catalina and was even used by German planes to de-mine their own waters to provide safe entry for U-boats. There is an interesting History to the development of this technology beginning with the capture of a German magnetic mine, you can watch it in this video from Bismarck.