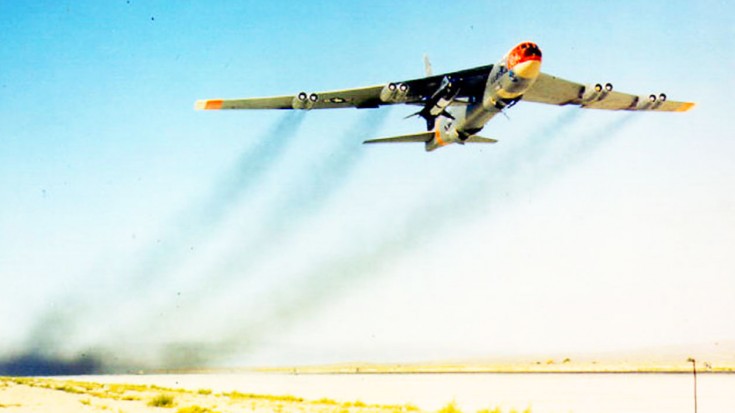 This Thing Flew Only 15 Years After World War II!

We all know about the SR-71 Blackbird. Built in 1964, this great looking piece of engineering could travel up to 2,200 mph or Mach 3.3. It served extremely well in its reconnaissance role and to this day is a marvel.

Now, there is a distinction between airplane and aircraft. We’re not splitting hairs here, but an airplane is a type of aircraft for those of you who don’t know the distinction. Gliders, helicopters and manned rockets for example are all types of aircraft as well, which is why North American X-15 takes the cake for being the fastest manned aircraft in the world.

It’s crazy to think that this record was established just 15 years after World War II and has yet to be broken.

In the 60s, NASA was experimenting with a hypersonic rocket-powered aircraft and came up with the crazy invention you’ll see in this video. During 199 overall missions, one pilot hit the world record which still stands today by flying 4,520 mph!

The reason that being manned is important is because nowadays drones are taking over and not having a brave soul inside just doesn’t have the same feeling of achievement. To add to the mix though, we’ll get rid of the “manned” part. Coming from X-15’s lineage, NASA’s X-43A takes the overall win for the fastest aircraft in the world, topping out at Mach 9.6 which is almost 7,000 mph!