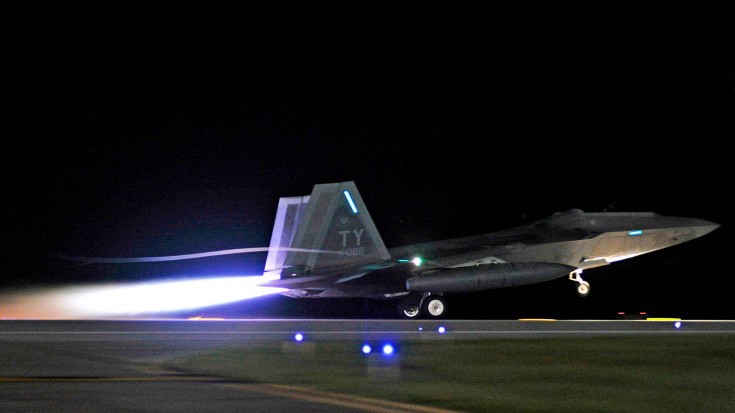 Seriously The Coolest Job In The World.

When we first saw this video, we were really attracted to the afterburners going while these Raptors took off at night. It’s really a beautiful sight to see, as the contrast of the flames against the night sky and the lights of the planes are just awe inspiring.

Then we had another thought. This video starts off with some of the pilots suiting up and getting ready. Climbing into the cockpits, going over their checklists and taxing out. The thought was seriously, “man, what a life.” Of course, it’s quite dangerous and you need to be hella smart to fly these things, but the experience of flying these magnificent planes is just unparalleled.

Now we’ll get off this semi-philosophical riff and give you some facts. This video was taken at the end of 2015 by Sgt. William Jackson and A1C Sergio Gamboa. These Raptors are a part of the 325th Fighter Wing Public Affairs which is based in Tyndall Air Force Base, Florida. Their primary mission is “to train and project unrivaled combat air power for F-22 Raptor pilots and maintenance personnel to support the combat Air Forces.”