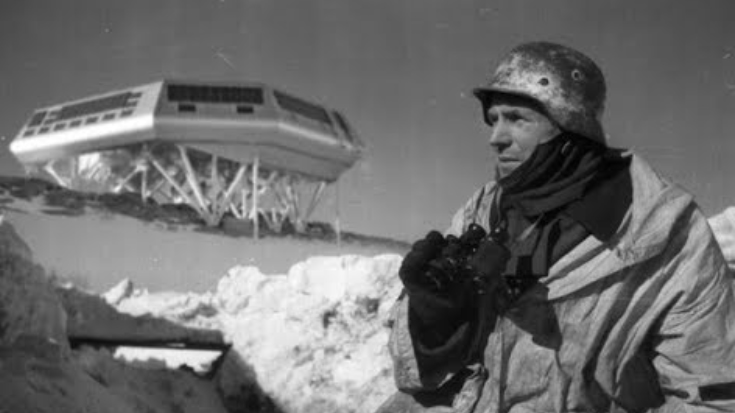 Adolf’s conquest for world domination did not expand beyond Europe, however, his plans did. There has been evidence of German outposts in South America and exploration for artifacts across the globe. However, for decades rumors have swelled about a German base in Antarctica and there is actually some truth behind it.

Historical records demonstrate that the Third Reich made several expeditions to Antarctica in the 1930s. However, these trips were prompted by Germany’s lack of whale oil due to depopulation in European waters. Inspecting Antartica as an alternative to meet their demands for candles, cooking oil and in particular margarine.

“They had to buy whale oil from Norway before and they didn’t want to spend the currency on Norway. They wanted to produce whale oil by themselves.”

Many other countries began establishing bases on Antarctica for purposes of exploration and gathering resources. Germany launched an expedition to explore the south pole via the ship MS Schawbeland. The crews placed German flags along the coast and launched seaplanes to photograph the area.

The journey to Antarctica was success and leaders of the Third Reich approved plans for an established base. However, due to the outbreak of WWII, resources were diverted away from the project and it never went through. Apparently, Germany had bigger fish to fry than whales.

Unfortunately, conspiracy theories have been blowing it out of proportion claiming even though it was only in a planning phase. This video from Mark Felton Productions follows the history of the unsettled German base in Antartica.