These Boys Got Buzzed By A B-1, But Those Afterburners Were Scorching 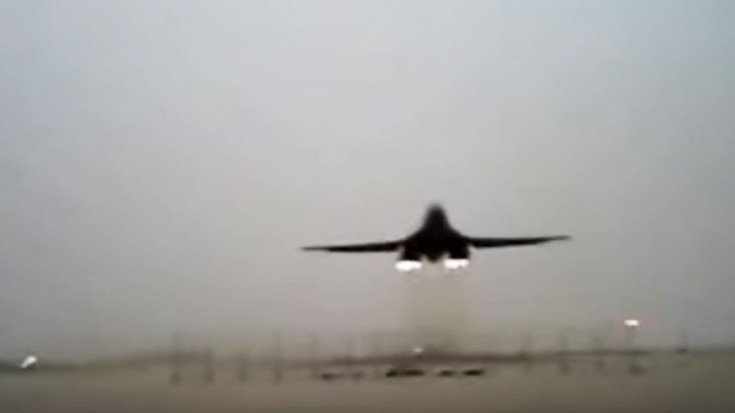 We Believe This Is Commonly Referred To As “Getting Boned”.

You can’t see this in the video, but the description by the uploader says it all. These guys were waiting for the B-1 as they knew it was there, so they parked their truck in the desert and waited for it to takeoff. They wanted an awesome experience, and they got it.

What the description says is that the best part of this flyover was not the sight or sound, but the feel of the tremendous heat generated by the afterburners. The B-1 lancers have their engines mounted really low on their tails, and with four of these bad boys burning, you can only imagine what standing underneath those could feel like.

B-1 Lancers are heavy strategic bombers used mostly by the United States Airforce.

These awesome bombers are obviously not from World War II, but we had to share this anyway. Their first flight took place in 1974, but the were introduced to the Air Force in 1986. Currently, they’re still in service.

Often called “The Bone,” this variable-sweep wing jet is able to travel up to 830 mph. Originally conceived as a stealth nuclear bomber,  the B-2 Spirit took its place and they were converted to conventional bomber use.