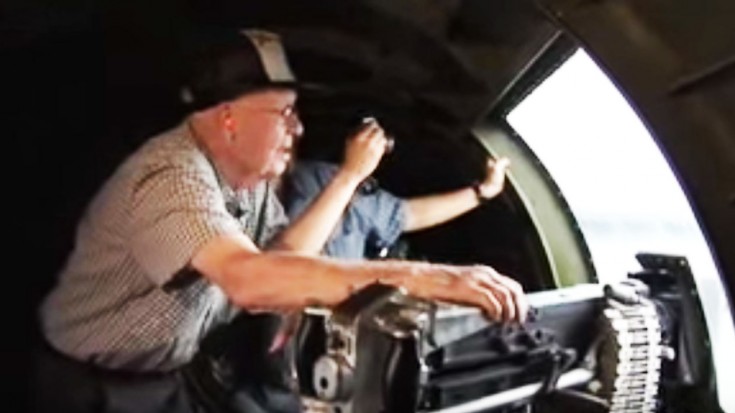 Yet Another Example Of The Greatest Generation.

Meet Hugh Bridge, a World War II B-17 waist gunner who was shot down a captured by the Germans. As you’ll see, he lived to be able to tell about it, but his story could have ended much differently.

On February 4th 1944, him and a squadron of many other B-17 were tasked with flattening Frankfurt. En route, the left wing of his B-17 was hit by flak. Since he was in charge with making sure the B-17 was refueled, he knew the wings were full. Upon impact, the wing started flaming like crazy.

The flames were going clear back past the tail. I said,’we better get out!’-Hugh Bridge.

At 30,000 feet, one of the crew members kicked out the door and Hugh stood at the door looking out to jump. Now, here’s where it got tricky and he didn’t know whether or not to jump. Looking down, he could see dozens of other B-17s in the squadron around him so jumping out made him run the risk of ‘getting ground up by propellers’ as he put it.

That’s something now one should have to experience.

Without another viable choice however, he did what he had to and luckily survived free falling between all the other planes. His landing was quite rough and he injured his shoulder, then dived into the woods to hide from the Germans. Unfortunately, they found him.