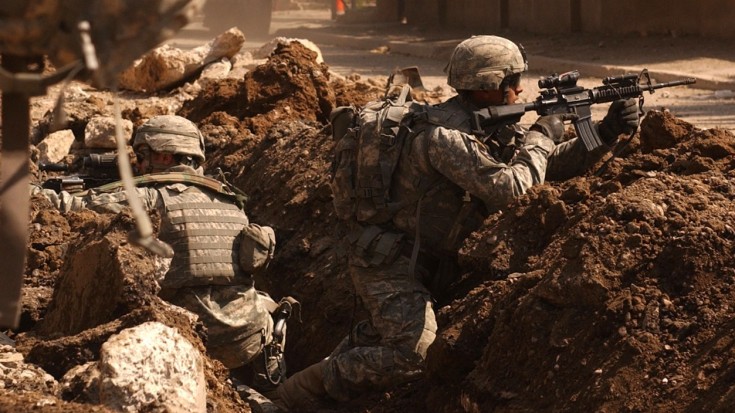 We’re Guessing They Were Glad To Hear That Brrrrrt!

This first person perspective of an A-10 bailing out some soldiers was taken by a member of the 4th Platoon Demon Company 2-5 IN. In a fire fight for over five hours, these guys had enough and needed some help to advance further.

When you’re in that situation and your enemy is clearly in a particular area, who do you call? That’s right, the A-10 Warthog. As you’ll see, it did a good job judging by the soldiers’ reaction.

The A-10s have been doing this for nearly four decades now. Simply “brrrting” the enemy with their massive gun. “The Gun” as it’s typically called, is a hydraulically driven gatling cannon. It was designed as a tank buster originally, but it does a number on enemy infantry as well as you can imagine.

With a 1,350 30×173 mm round capacity, this aircraft is designed to kill swiftly and accurately. Capable of shooting up to 4,200 round per minute, the fixed rate selected for aircraft use is 3,900 rounds per minute. That’s 65 rounds a second!

With such rounds and rate of fire, a mare 3 second burst can cut through a building and often take care of everyone inside. It’s no wonder then that this is the most effective CAS platform ever produced.