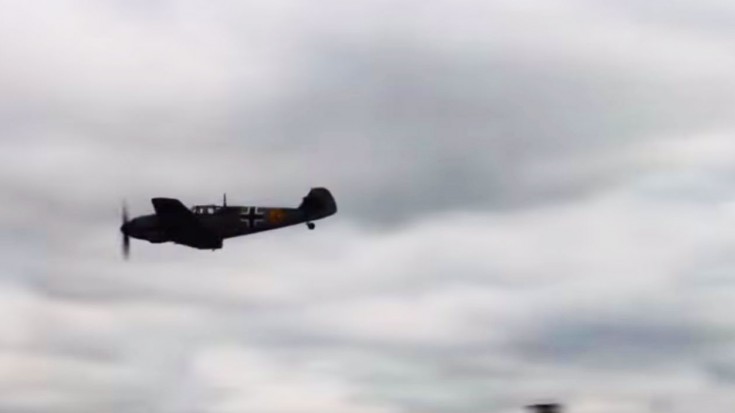 Short, Loud And Sweet Bf 109 Flyby For Your Viewing Pleasure

This is one of the sweetest videos you’ll see of this German wonder of engineering. The lucky spectator who caught this turned the camera on just as the Bf 109 was approaching and caught the bird just as it was swooping down. The sound is incredible to say the least.

Due to their sheer volume, better trained pilots and length of service, Messerschmitt Bf 109s made more aerial kills than any other plane during World War II. One of the most outrageous victories of the Luftwaffe was against the Soviets in 1941.

The Soviets lost over 10,000 aircraft in air combat and another 10,000 to other causes such as airstrip bombings. Also, over 100 Nazi pilots became what would be considered aces (the Luftwaffe didn’t have an official designation for that.) What’s more, more than a dozen of them scored more than 200 kills. That’s a force you didn’t want to mess with but in the end, we all know what happened.