These Spitfires Escort The Only Flying Blenheim In The World 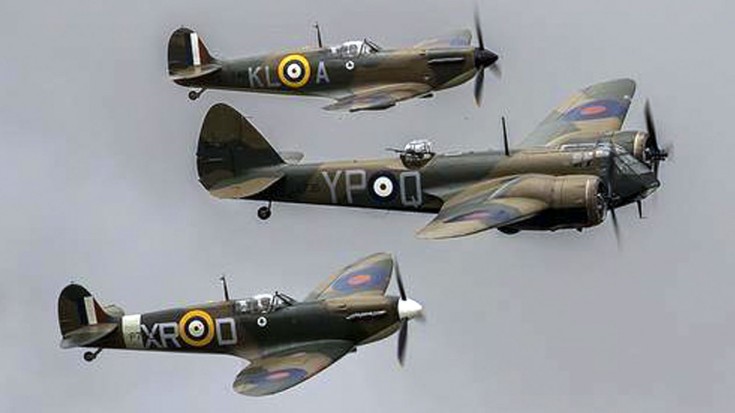 Although Not The Best Bombers, It’s Still Great To See This Piece Of History Flying.

This truly historic flight took place at the IWM Duxford VE Day Anniversary Airshow in 2015. It was actually the first time that this Bristol Blenheim took flight since her restoration and was a great success. To add to the authenticity of this event, the organizers put on a show with two Spitfires that escorted this unique machine, making it a fantastic event.

4,422 Blenheims were produced from 1937 to 1944 serving as light bombers. They were later repurposed for long-range and night fighters.

This unique Blenheim is actually a miracle. As most of the existing airframes were scrapped shorty after World War II, restoring this girl was no small task. Putting together parts that were found from a Bristol Bolingbroke that crashed decades earlier, this warbird was rebuilt to flying condition only to crash in 2003, just one month after its completion. Although it was feared that all was lost, some dedicated volunteers spend the next 12 years making her into what you’ll see here.