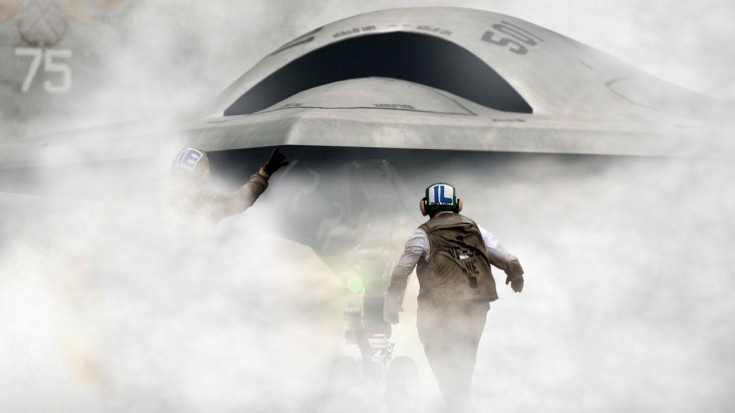 Well Ladies And Gentlemen, The Future Is Here.

We’re venture out there a little bit with this one, but if you told a World War II pilot that in 70 years they’ll be supersonic planes that fly themselves, they’d call you crazy. Even today, that seems like some futuristic story telling, but as we all know drones are here and here to stay. Earlier this year however, yet another historic event occurred.

Air Force drones have teams of pilots dedicated to controlling their drones, so although they’re unmanned, someone needs to maneuver them. One pilot for one drone for the most part. Since the Navy doesn’t have the room on carriers to devote rooms for pilots like that, Northop Grumman made their X-47B as autonomous as possible.

At the end of testing the X-47Bs were going to be placed in museums, however, their stellar performance earned them a spot on U.S. Navy carriers by 2020.

A reconaissance drone, in 2014 it made a huge step forward in aviation by flying in conjunction with F/A-18 Hornet pilots, the first time in history when an unmanned aircraft worked together with human pilots. This year however, these things went even further.

Totally autonomously, meaning with absolutely no human interaction, the X-47B rendezvoused with a KC-707 tanker when it was running low on fuel and refueled itself. Now, read that again. It knew everything it needed to and then got a full tank of gas and continued on to its mission without any input from a human.

This insane feat of engineering wonder was of course captured on film and we’re happy we found it for you. Check it out and beware of what they think of next!