This Genius US Invention Changed the B-52 Stratofortress Forever 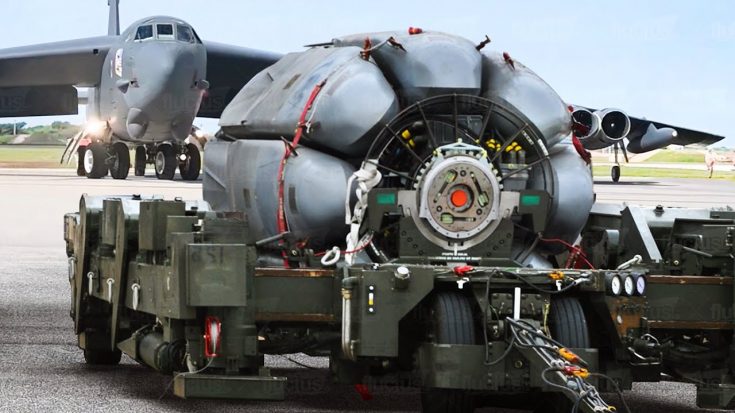 For the longest time, B-52s have used the Common Strategic Rotary Launcher (CSRL) which was intended to accommodate nuclear weapons and cruise missiles such as the AGM-86B and AGM-129.

The CSRL system was invented in 1981 and technological advancements have pushed the army to develop a better launcher for better bombs. Thus, the Conventional Rotary Launcher was born.

Carries A Lot Of Bombs

It has the ability to launch 24 precision-guided bombs. It set a new record for the largest number of precision munitions ever dropped from a B-52.

The CRL got its first taste of combat in November 2017 under Operation Inherent Resolve in Iraq. In its offensive campaign, it dropped 19 Joint Direct Attack Munitions (JDAMs) on multiple targets in one night.

GPS-guided bombs can now be loaded into the bomb bay, increasing its smart-weapon-carrying capabilities by 67%.