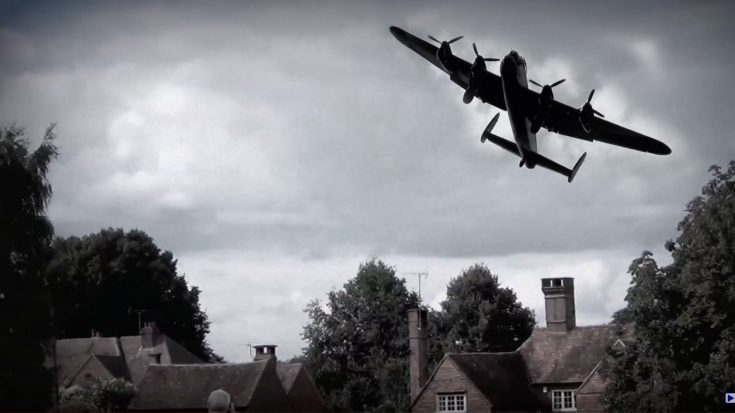 There’s nothing more magical than having one of your favorite aircraft randomly fly over your house, engines screaming. Such was the case a few years back and one of our favorite warbird YouTube channel, bobsurgranny, caught it on camera.

The warbird that was caught screaming was the Avro Lancaster. It was performing at the Dunsfold airshow back in 2012 and made a loop over Surrey village.

Lancasters were the U.K.’s primary heavy bomber. They were introduced in 1942 and were produced until the end of the war with over 7,000 of them built during that time.  One notable attribute of this massive bomber was its ability to carry some of the biggest World War II bombs made at the time.

One of those was the Tallboy and the Grand Slam which weighed 12,000 lbs. and 22,000 lbs. respectively. Both of these could be dropped out of the belly of a Lancaster without any modifications, something other bombers had to go through to fit those earth-shattering bombs.