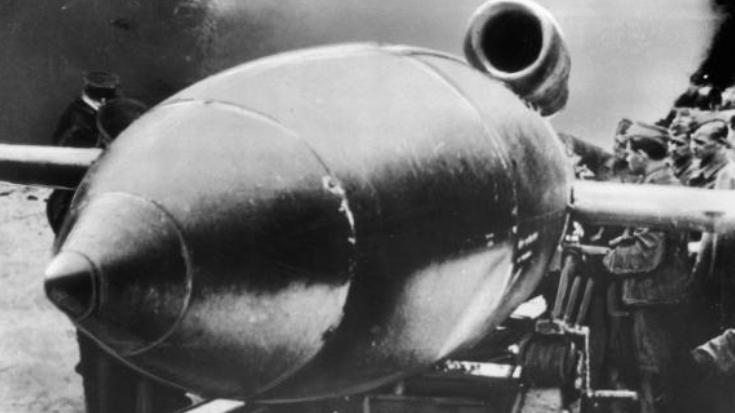 As the Third Reich led an assault on Great Britain they encountered a stronger resistance than expected. Inevitably Germany led to some creative methods of attack such as the long-range V-1 Flying Bomb. As many as 10,000 of these bombs were launched against Great Britain, as luck would have it they just found another one in a forest.

Archaeologists have begun an examination of the wreckage of a V-1 Flying Bomb discovered in a forest near Kent, England. The impact crater shows traces of metal shards, demonstrating that this bomb did detonate upon impact. Kent was never a primary target of Germany, research shows that this V-1 was shot down on August 6th, 1944 by a Polish fighter pilot named Jozef Donocik.

The V-1 Flying Bomb was never the wonder weapon that Germany hoped it would be, but they did claim the lives of over 6,000 people. There were stories of Royal Air Force pilots tipping their wings in order to disorient their inner gyroscope causing them to crash off course.

“Kent was never a target, and the V-1s that fell were either brought down by fighter aircraft, anti-aircraft gunfire, the balloon barrage, or malfunction of the device”

Finding leftover munitions from WWII is fairly common but the discovery of a V-1 Flying Bomb is a rarity. This short video gives a look into the history and function of Germany’s V-1 Flying Bombs.