This Is What Happens When Chinook’s Rotors Are Off Balance 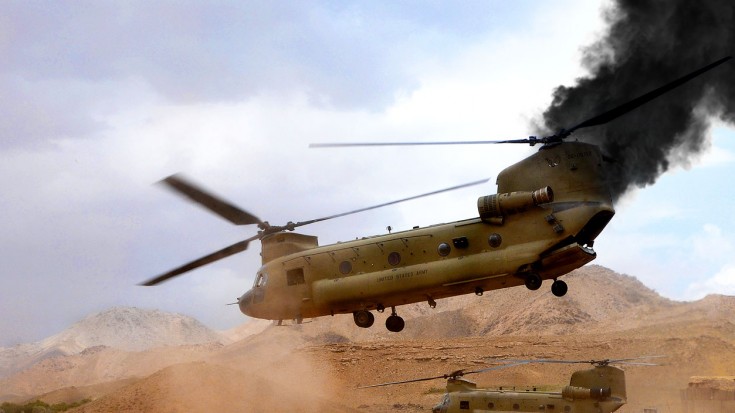 This is one of those videos that’ll make you think about all the engineering, physics and testing that is done in order to ensure a new aircraft is well designed. After thinking up the initial concept and finally seeing it come to fruition there is a time where all is put to the test. In this video, it was Boeing’s CH-47 Chinook.

CH-47 Chinooks were introduced to service in 1962 and are still in service.

Before Boeing lets one of their products go (be it planes or helicopters), they are subjected to hundreds of stress tests as well as reasonable contingencies which might occur during operations. During this particular test, they were trying to find out the integrity of the fuselage if the rotors were unbalanced. The results are pretty neat to watch.

Chinooks have two rotors which makes them capable of lifting up to 25,000 lbs., but with that configuration everything needs to work perfectly. As you’ll see, when the two rotors don’t play well with each other, the whole helicopter starts to shake violently. After a few seconds the intensity of the twisting fuselage increases until the rear rotor literally tears off the Chinook. Check it out for yourself.