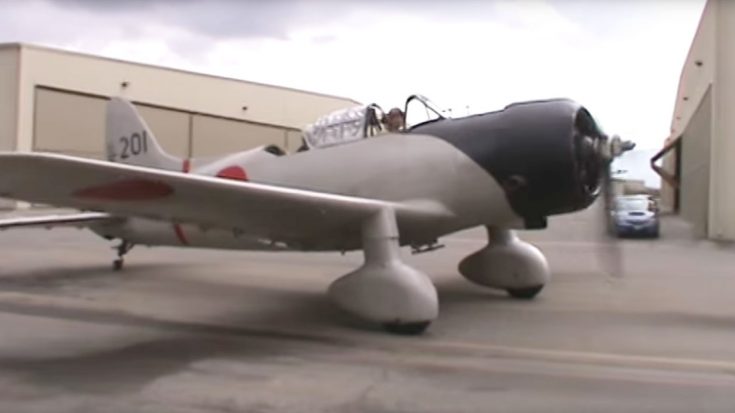 Not too many people out there talk about Japan’s Aichi D3A dive bomber. It could just be the rarest WWII-era plane on earth because there is only one remaining. The Aichi D3A is the first aircraft to target American forces when it led the attack on Pearl Harbor.

The D3A serves as a fighter-bomber launching from aircraft carriers. Not the fastest plane around with speeds reaching nearing 260 mph, but it featured a range of 915 miles. Prior to World War II, the D3A led attacks on Chinese targets, however, with the introduction of the A6M Zero they had to take a secondary role after the Japanese Air Force declared them obsolete.

“The Aichi D3A led the first wave of attacks, and it was the first Japanese aircraft to drop bombs on American targets. 129, Aichi D3As were used as part of the Japanese task force that attacked Pearl Harbor. Despite its obsolescence, the D3A took part in all major Japanese carrier operations in the first ten months of the war, after the attack on Pearl Harbor.”

By 1944 as American forces advanced on Japanese territory the Aichi D3As returned to a combat role but could not keep up pace with enemy fighters. Like other Japanese aircraft, it soon found itself as a Kamikaze bomber and its numbers dwindled until only one remains.

In this video, we see the last functional D3A, which was reconstructed for the film Tora! Tora! Tora! It has taken a few hits over the years but she can still rev up her engine.