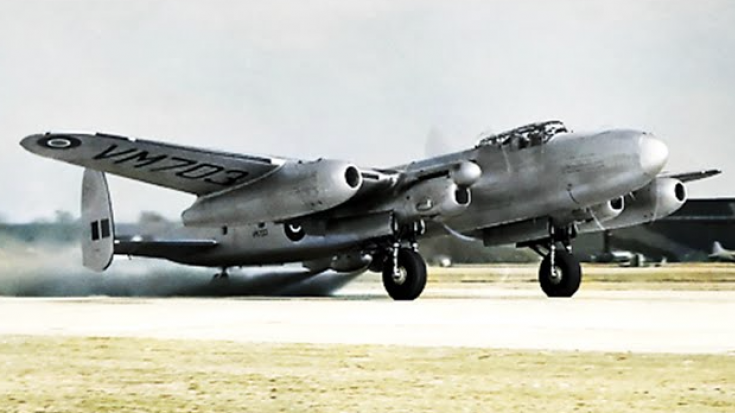 The Most Powerful Lancaster Ever Built

This particular Avro Lancaster was different from the rest because it was fitted with 2 x Rolls Royce Merlin and 2 x Rolls Royce Nene engines. The Lancaster with serial no. VH742 first flew on August 14, 1946 and it was truly one of a kind. It was also a success. The video below explores what led to the creation of this powerful aircraft.

The Avro Lancaster can trace its origins to the twin-engine Avro Manchester developed in the late 1930s. The Lancasters designed by Roy Chadwick were powered by four Rolls-Royce Merlins. However, one version had Bristol Hercules engines. They were later put to a different use by testing other engines.