This Marshall Gets The Job Done, Just Not How You’d Expect 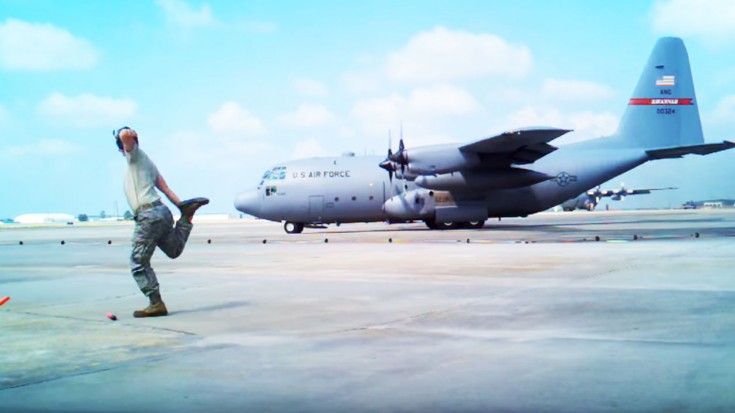 Since You’re Standing There All Day, You Might As Well Enjoy It.

This awesome video is brought to you by the 165th Airlift Wing which is stationed in Savannah, Georgia. As you’ll see, this marshall definitely has his moves well choreographed and it’s quite hilarious to watch. Upon closer inspection however, notice that although he seems to be completely acting out, he’s actually performing every appropriate signal, just not as blandly as always!

Look closely 17 seconds into the clip. That salute is impeccable.

This marshall with a great sense of humor is part of the 165th Airlift Wing unit. Established in 1958, its mission is to ‘provide tactical airlift of personnel, equipment and supplies worldwide.’ Originally a Fighter-Interceptor Group, it was reorganized to be a Transport Squadron in 1962. Over the years, this unit served during the Global War on Terror as well as being deployed to Haiti after the 2010 earthquake.