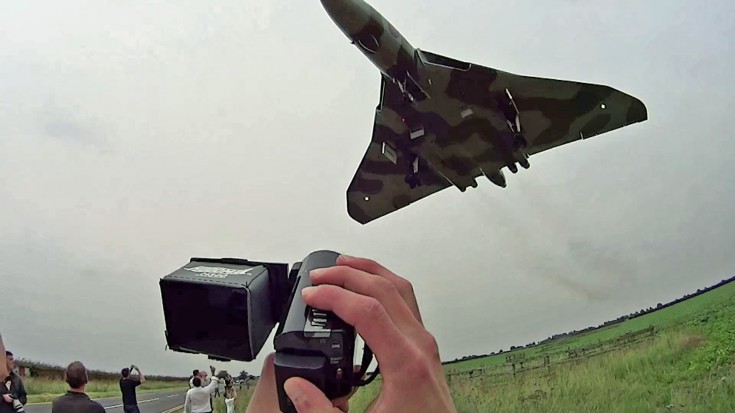 The Vulcan Howl Is Just As Unique As The Corsair Whistle

This expertly filmed footage of an Avro Vulcan will probably be one of the last clips to ever surface of this great plane. The Vulcan in this video, designated XH558, was the last airworthy example of these delta winged nuclear bombers. On May 15th, 2015, it was announced that this will be her last flying season. With most of her components already beyond their service life, maintaining her thus far has cost millions and there are no longer tools, people and parts that can properly service her.

Only 136 Vulcans were built in a span of ten years, officially entering service in 1956. They were used by the Royal Air Force for just under two decades as nuclear deterrents. Other than carrying nuclear weapons, Vulcans were also able to carry up to 21,000 lbs. of conventional bombs as well. Although crews were constantly training in them, Vulcans were only used in one conflict, namely, the Falklands War.