This Restored Merlin Will Make Your Day, Guaranteed 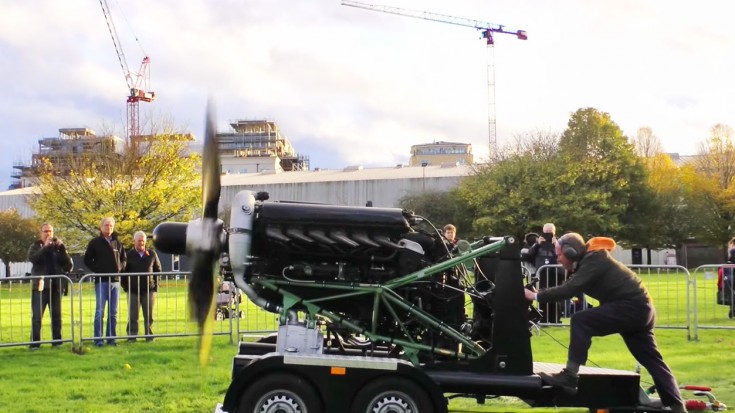 This Guy Loves His Rolls Royce Engine For Sure

Stories like this are really rare nowadays and here at World War Wings we love finding them. People that have any World War II hobbies always raise our interest so you can’t imagine how we felt when we found this guy.

Meet David Irwin, the proud owner of this Rolls Royce Merlin 500-29. It took him over seven years to restore this beauty and he did a stellar job doing it. Not only that, he provides us with lots of historical information on this engine which is music to our ears.

It took David seven years to get this engine running and put together the special trailer as well.

David explains that this is a post-war engine, although it was built in 1943. One in a batch of 74 engines produced back then, it was originally built at the Darby plant in England. It was originally meant to be installed in a Lancaster or Helifax, but was later upgraded to a T-24 standard. This means that it was upped to 1,620 horsepower and was an engine modified for transport aircraft. For a while it was installed in an Avro York, which was a transport aircraft used from 1944 to 1964.

Acquiring the engine in 2007, David worked tirelessly to put it together and make it work as it should. He says he intends to keep it “forever,” pointing out that it brings him much joy. As far as we’re concerned, this joy can be extended to anyone watching it run it too!