This Screaming Corsair Will Have You Thinking About Her All Day 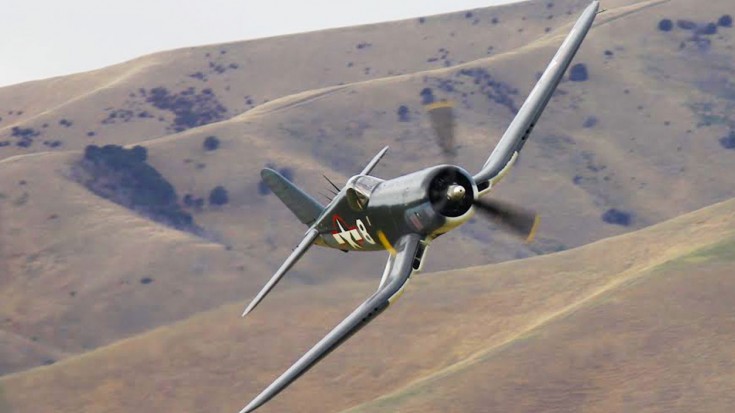 The Chance Vought F4U Corsair was an American fighter developed for the Untied States Navy. Introduced in 1942, it failed to meet the Navy’s requests for carrier landings and were passed on to the U.S. Marine Corps, where they performed especially well. So well in fact, that Vought did not have the capacity to fill their orders and had to pass off production to Goodyear and Brewster. The Goodyear produced models, such as in this video, were designated with the FG mark.

Royal New Zealand Air Force fought well in the Pacific Theater with their P-40 Warhawks, so the U.S.A.F. leased them Corsairs to make them even more effective.

Impressive and effective in the air, the RNZAF were lent over 400 FG-1D Corsairs towards the end of World War II. At that point, there were not many Japanese Zero pilots left to fight so the New Zealand pilots were used as close support for Allied ground troops in the northern islands. There is only one surviving airworthy Corsair from that time, and it’s owned by the Old Stick and Rudder Company in Masterton, NZ.