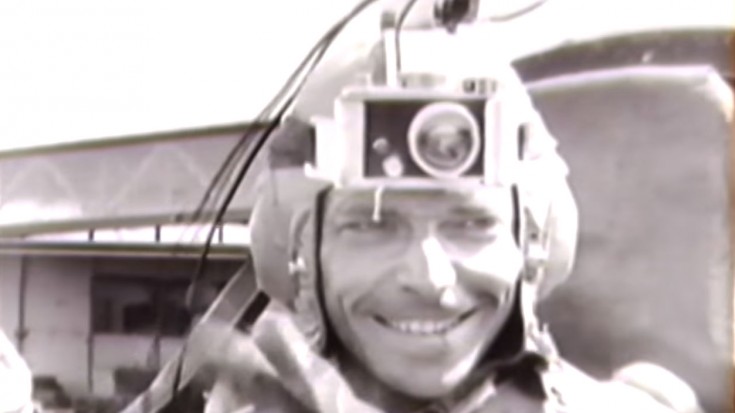 To Say You Needed To Be Brave For This Would Be An Understatement.

Meet Rudolf Opitz, a German test pilot who was about to take off in the world’s first and only rocket-powered aircraft. This was no small task as many of these planes would literally blow up due to the plane’s fragile fuel mixture. The plane we’re talking about is of course the Me 163 Komet. Judging by Opitz’s smile however, he was more excited about flying the experimental plane than afraid of what might happen. Kudos to that!

Another Me 163 test pilot by the name of Heini Dittmar broke the airspeed record in July 1944 by reaching 700 mph.

Although the fastest planes in existence at the time, Komets did not prove effective as fighters. They were very hard to fly although they were highly maneuverable, and their run time was only 6 minutes. Also, landing was extremely difficult as well. Designed with the concept of a glider, landing it was the ultimate controlled crash. The belly of the Komet was fitted with a hydraulic skid plate which was supposed to soften the landings. Often pilots would forget to release pressure in these skid plates or they’d malfunction however, causing injury to the pilots on impact. Also, once touched down, there was no braking system for the aircraft.

In the end only about 300 Komets were produced and saw limited service. They are rumored to have shot down 9 other aircraft, although some sources state 16.