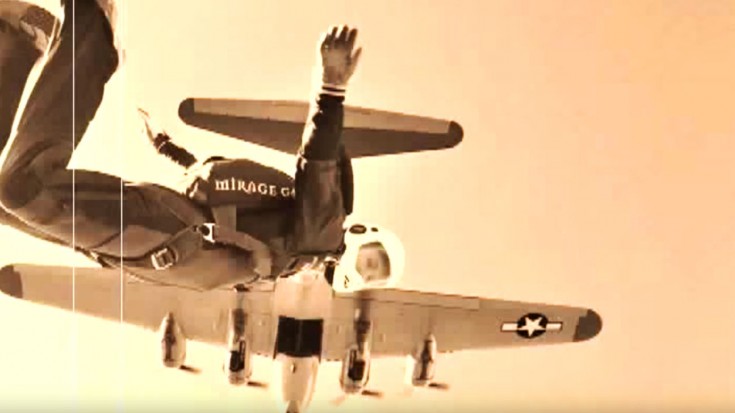 You Can Pay To Take Off And Land In A B-17, But Some People Just Prefer To Go Half Way.

This one might be a bit much for some of you, but you do have to appreciate what these awesome folks are doing here. Skydiving is a thrilling sport, but when you can tie in a bit of history to it, well, then it’s simply amazing. As opposed to jumping out of a Cessna or similar aircraft, these folks went to the Collings Foundation and rented out a B-17 as their aircraft of choice. Thats great, since their money will go to keeping this warbird maintained.

The Collings Foundation stores and maintains a B-17 named the Nine-0-Nine.

From the video, we’ve deducted that these people jumped out of the Nine-0-Nine which is stored in Stow, Massachusetts. She was built in 1945 and never saw combat but did serve in the Military Air Transport Service. She was then used for nuclear testing during the 50s, and was set aside to ‘cool down’ for over a decade. She was then purchased (thankfully not scrapped) and was restored to work as a fire bomber to put out forest fires. In the late 80s she was purchased by her current owners and restored to the B-17G bomber she is today.