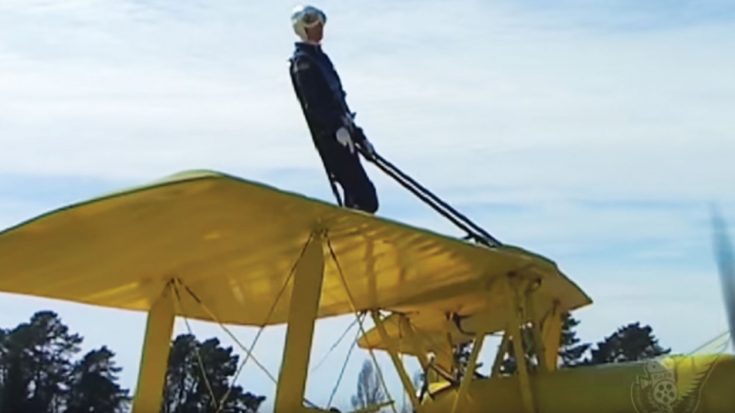 People have been a bit nutty for as long as our species were in existence. If we find something fun to do, some of us will go to extremes to make it more dangerous, thus, more fun.

Wing walking was invented in the 1920s. Although aviation was in its infant stages, some people were already bored with it. We just got the gift of flight, and someone out there suggested, “hey, why don’t I strap myself to the top of the plane and you, the pilot, fling me around.”

The oldest wing walker to ever take flight was Hilda Alexander. She was 78 years young.

Here, we have one such person. Cheryl “Rusty” Butterworth has been a wing walker since 1987 and broke the world record for the longest duration in tandem. She was on top of the plane for over 3 hours.

There are many great tidbits about her career as well as her pilot’s in this video, so check it out. We really wish we had the cajones to do that ourselves, but apparently, hers are bigger.