Tomcat Handled By One Of The Best Pilots In The World 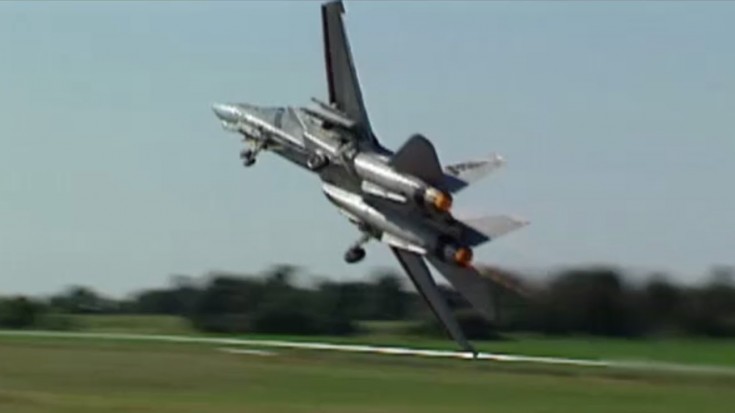 Love The Plane And Love The Pilot!

This footage was captured at the Lightning From Above Air Show back in 1996. Held at the National Warplane Museum in Genesco, New York, this was one awesome show to attend. Not only were there tons of aerobatics to marvel at, there was an F-14B Tomcat which was flown by the legendary aviator Captain Dale O. Snodgrass!

During the show, not only did he give spectators a great show by showing off what the Tomcat can do but he also shared some great knowledge as well. From how the variable-sweep wings work to the arresting hook, he’ll keep you interested throughout the entire video.

Captain Dale O. Snodgrass has over 10,000 flight hours logged in and is also qualified to fly Migs, P-51 Mustangs and F4U Corsairs.

One of the best things he says is about the difference between the Air Force and Navy pilots. Having done 1,287 carrier landings, he knows a thing or two about great piloting and the enormous hazards that come with it. As he’ll let you know, his hands still get sweaty just thinking about night landings in less than ideal weather.

Hope you really enjoy this video. You’ll hear some pretty neat facts that you might not have known but if not, the flying is pretty great too!