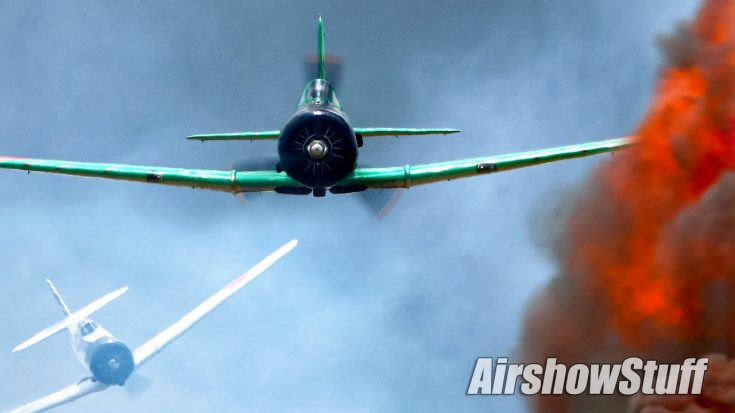 Bomb spreads, strafing runs, and the wall of fire – looks like these spectators were in for a treat that day in Kansas. The Tora Bomb Squad gave it their all in this air show at the Thunder Over The Heartland back in 2021.

The controlled bomb spreads were spectacular. The strafing runs were mesmerizing. But what really stole the show was the wall of fire. You could feel the heat from your screen! How amazing would it have been to witness in person?

Though it was just an air show, it gave us a glimpse of what war would have looked like back then – but just a tad more chaotic. Make sure to catch the Tora Bomb Squad next time they’re in town to see these “pyrotechnics” in action!