6 TBM Avengers Start Up At Once 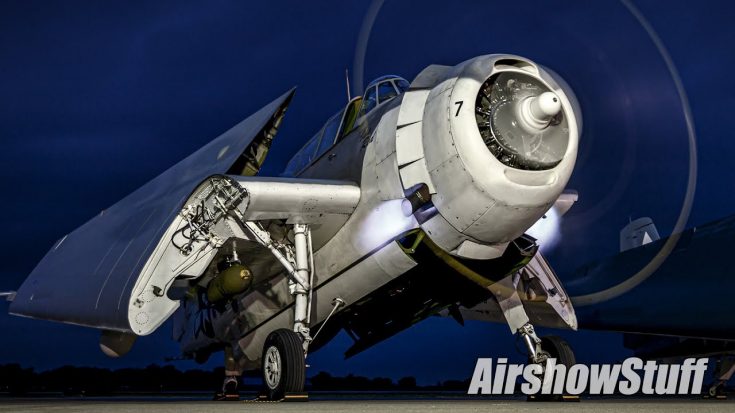 Six Is Better Than One

What is better than hearing a TBM Avenger start-up? Hearing six of these bad boys start-up, of course! Starting your morning listening to these radial engines roar can really pump up your heart rate. The crowd seemed to still enjoy it at night though. Then again, who wouldn’t?

Introduced in 1942 as a torpedo bomber, the Avenger does not shy away from combat. The Avenger became the typical torpedo bomber used by the Navy in WWII. During that time, it was also used for glide bombings, transportation, and reconnaissance missions.

The orchestra of the radial engines and the flames coming out of the exhaust stacks will definitely make this a core memory for the lucky viewers.