Tour Of The Only Airworthy A-20 Havoc In The World 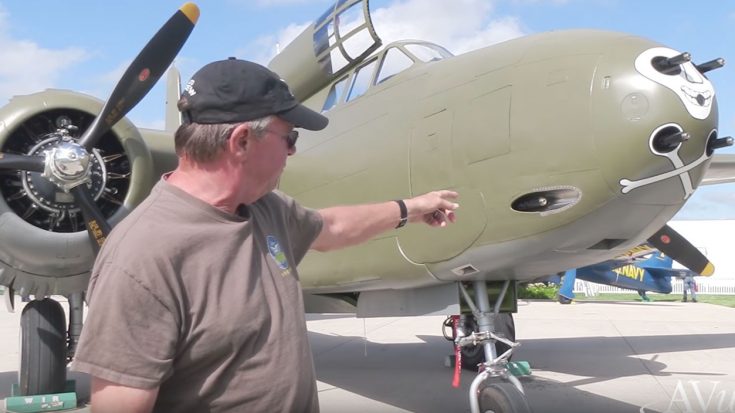 We Don’t Talk About This Girl Enough.

Here at World War Wings we really love aviation. Historical aviation to be precise. Although modern jets and avionics are incredible feats of engineering, we feel like there is something about the look and even smell of a World War II era warbirds that draws us them. Sometimes, we forget that there were hundreds of different planes from that time period but fixate on just a few. Well, let’s break that habit and take a look at this A-20 Havoc.

Outside of the United States, the A-20 was typically known as Boston.

Built by Douglas Aircraft Company and introduced in 1941, the Havoc was an attack and light bomber during World War II. It was flown by the French Air Force, RAF and the Soviet union under Lend-lease agreements so it was used almost exclusively in the European Theater. According to many accounts of pilots who flew them, they loved flying this plane because “you could toss it around like a fighter” although it could carry up to 4,000 lbs of bombs. Fighter style wise, it had 6 Browning machine guns sticking out of its nose and two in the back to watch its rear.