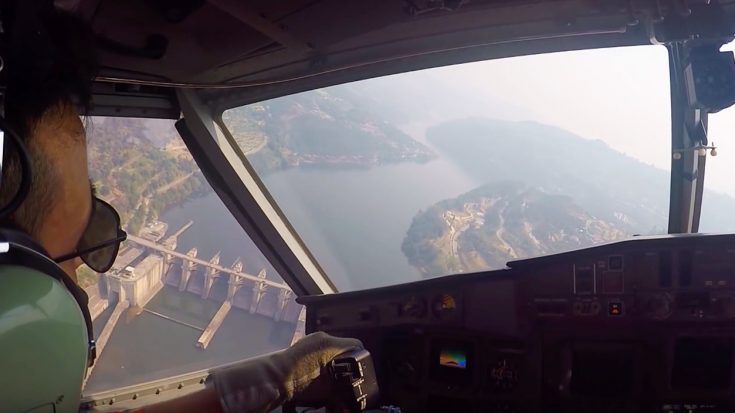 This Is Neat To Watch.

The reason that it’s so rare to see footage like this is because there are simply not many of these planes around. Only 90 CL-415s were built and they’re not used on a continuous basis. As of this writing, we’ve only seen two of these water bombers in action from this vantage point.

According to the description of the video, this took place in Portugal and the crew was getting water from Rio Douro. You can actually see them pass over a dam before dipping down and getting to work.

As you can tell, it’s not their first rodeo. They gently touched down on the water surface and loaded up without any jerkiness, something that is quite difficult to do as you can imagine.

To top things off, when the crew gets done they fly by a tourist boat. Still low, they gave them a little wave and off they went to do whatever firefighting they had to do. Pretty nice way to end a video and probably a blast for the people on the ship too.