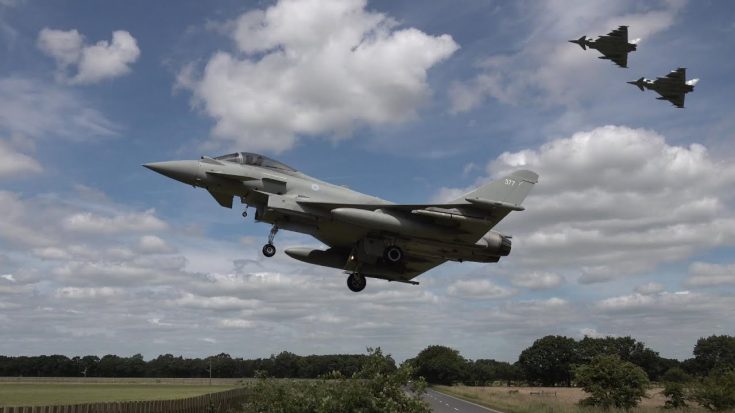 These Eurofighter Typhoons look and sound so good as they do touch-and-go exercises. They performed these circuits over at RAF Coningsby during high crosswinds which is just impressive, to say the least.

Designed to be an extremely agile warbird, the Typhoons in the video made these circuits look like a piece of cake. To help it in its missions, two EJ200 engines are fitted into the aircraft. These engines are capable of producing 13,500 lbf of dry thrust, increasing to 20,230 lbf with afterburners. Typhoons are also capable of  “supercruise” without afterburners. According to Eurofighter, the Typhoon is capable of supercruising at Mach 1.5.

When compared to top planes, the Typhoons are apparently almost at the same level as the Raptor with the former having the same level of maneuverability while the latter fits better with US missions.