Underwater Atomic Blast That Almost Wiped Out The Film Crew 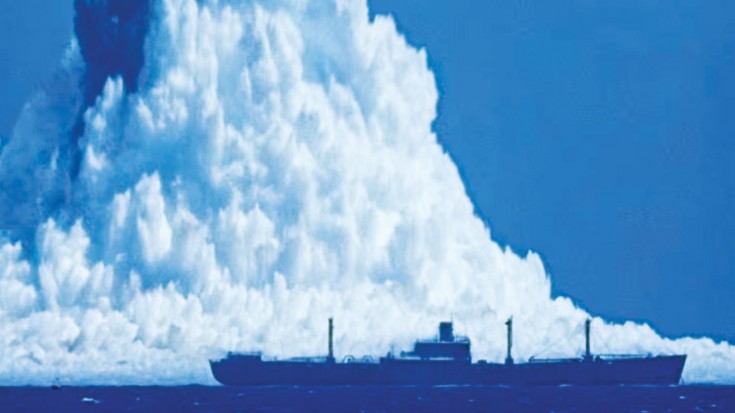 By the end of World War II, the concept of the atomic bomb was proven effective. For the next few decades, further tests were conducted by the United States to test a multiplitude of effects. These included the blasts’ effect on the environment, atmosphere and in this case, water.

Known as UNDEX, underwater nuclear explosions such as this one were tested during a test series called Hardtack I. The idea was to test two bombs, called Wahoo and Umbrella, against ship hulls. Although successful, the experiment miscalculated one crucial factor. The safe distance for the film crew.

Pat Bradley, one of the cameramen who was present during this test, gave his personal account of the incident. On May 16th and June 8th, 1958, he filmed both of the experiments, the latter almost taking his life.

Positioned 2.5 miles away from the blast (which was said to be a safe distance), the film crew didn’t realize the gravity of the blast until it was almost too late. As the mushroom cloud of water engulfed the ship they were filming, the thought of the wave headed toward them didn’t hit them until the island started flooding.

Watch the video to get the rest of the story. He tells it much better than we can here. It’s pretty crazy.