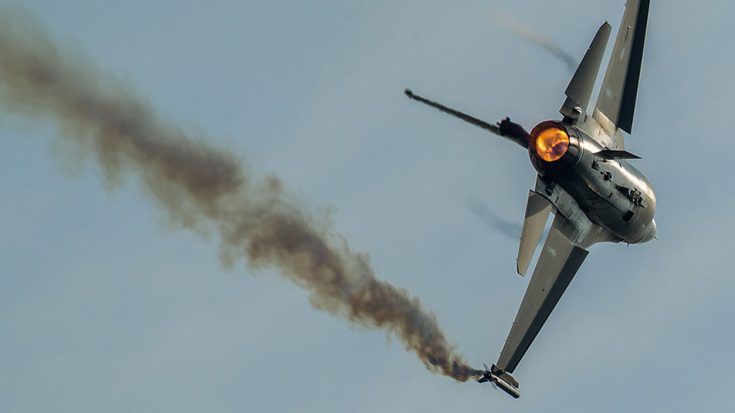 The speed of an F-16 soaring through the sky can be an incredible thrill. While the human body is resilient to many stressful situations high-acceleration is not one of them. As speed increases, internal blood flow to the brain is reduced, which can result in unconsciousness. Pilots receive harsh training to endure the intense gravitational force while increasing their speed. It is a small preparation but sometimes the worst can occur.

The US Air Force recently declassified footage of an F-16 fighter pilot-in-training who lost consciousness during flight. He pulled a high-speed turn nearing 8 Gs, began to pass out as his jet rolled into a 50-degree dive.

“I started to roll and started to pull and I’m following [the instructor pilot] with my eyes. The next thing I remember is just waking up and hearing ‘recover.’ It happened so fast. Usually, [when experienced at pulling Gs], most people get tunnel vision that gradually comes in. That’s what I always get, but that day I didn’t get anything.”

Attempts were made to radio the unconscious pilot as his jet fell over 10,000 ft within seconds. Fortunately, the F-16’s autopilot kicked in and managed to level out the plane before the worst could happen. The lucky student pilot regained consciousness and is recovering from the incident. The declassified footage can be viewed in the link below.