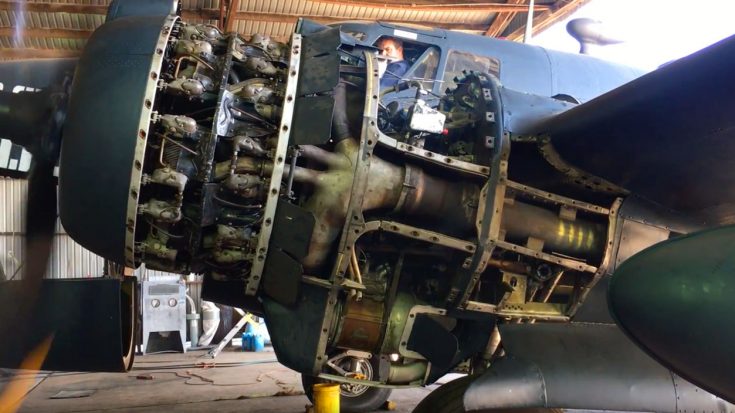 The Lockheed Ventura is a bomber that deserves more love that it gets. Originally designed as a daytime bomber over land, this role proved to be problematic and the Ventura transitioned into a role as a coastal patrol plane. In its new maritime role, the Ventura would scout for hostile submarines and bomb them.

Even in its new role as a patrol bomber, the Lockheed Ventura was soon rendered obsolete by the introduction of the much faster de Havilland Mosquito. Soon all of the remaining Ventura squadrons had transitioned towards using Mosquitos for the remainder of the war.

In this video, an aging Lockheed Ventura has been outfitted with a new engine to bring it back to life once again. Many thanks to the Stockton Field Aviation Museum for dedicating themselves to the restoration of this beautiful bomber.