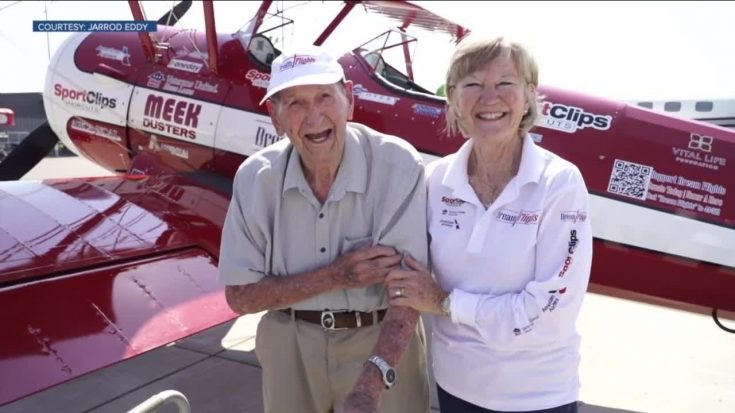 98-year-old WWII veteran Jack Moss takes flight once more aboard a Boeing Stearman biplane. The veteran served in the Marines and the Air Force during the war and has since lived in Loveland Village as an independent resident.

On September 9, Moss was one of five selected by Dream Flights in their mission to give back to those who gave. The non-profit organization was established and dedicated to honoring seniors and military veterans through donors and volunteers. To this day, Dream Flights has flown seniors and veterans 5,447 times for free.

After his flight, the ecstatic veteran had this to say:

“It was something like starting all over. The thrill to fly in an open cockpit airplane again – that’s flying.”