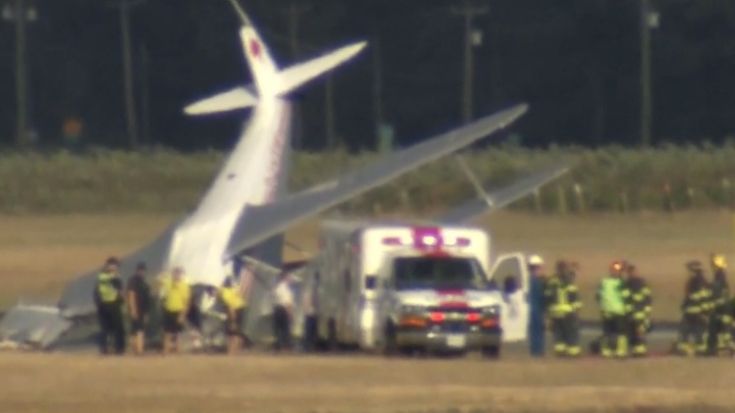 The Abbotsford Airshow is one of the most beloved airshows in Canada, attracting thousands of fans. There a variety of aircraft taking center stage to the joy of the masses. The airshow went off without a hitch, but afterward, when the planes were leaving there was a crash.

Following the Abbotsford Airshow, a de Havilland Dragon Rapide crashed while attempting a takeoff. The plane lost balance while gaining speed, hit its right wing on the ground, causing it to crash. Emergency crews rushed to the scene to rescue the five injured people aboard. There were no fatalities but one passenger remains in critical condition.

“It came to an instant stop and fortunately, there were no flames.”

NEW: Attendees at the @AbbyAirshow tell us a vintage aircraft struggled to take off after the show ended, crashing nose-down on airport property. @BC_EHS tells me 5 people taken to hospital, 2 of them via air ambulance. @CTVVancouver pic.twitter.com/VaPoDbQyti

This is truly a sad moment for what is considered one of the World’s Top Ten Airshows. Canada’s Transportation Safety Board has been dispatched to investigate the incident and find how things went awry. Things could have been a lot worse considering the severity of the situation. At this moment all that can be done is to hope for a speedy recovery.