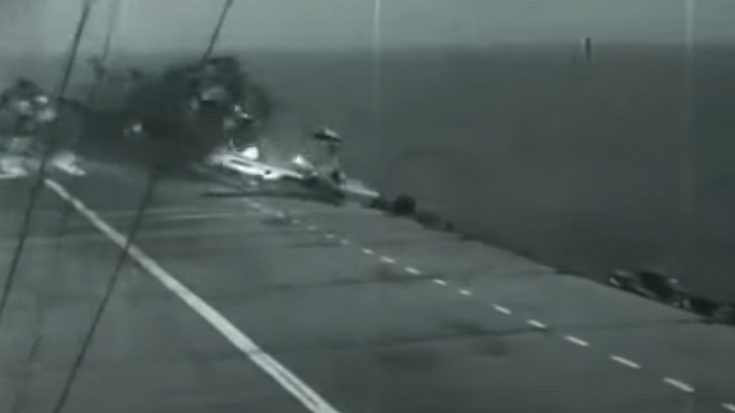 This Vought F7U crashed on the USS Hancock and killed the pilot, LCDR Jay Alkire, on July 14, 1955. LCDR Alkire was apparently stunned and badly injured from the impact. As the F7U sank, Alkire was still trapped inside the cockpit unable to move.

It was theorized that due to the F7U not being overly compatible with naval carrier operations, Alkire’s plane stalled when it slowed down which made it unable to have a safe bolter. What resulted was an unstable plane leading the pilot to his death. It is so surreal to witness that plane crash from the deck crew’s perspective.

There’s been conflicting reports about the casualties of the deck crew. Some sources claim that no other deck crew died, while some say at least two more died during the rescue operation.