Warthog Shows What 30mm Rounds Do Against Humvee 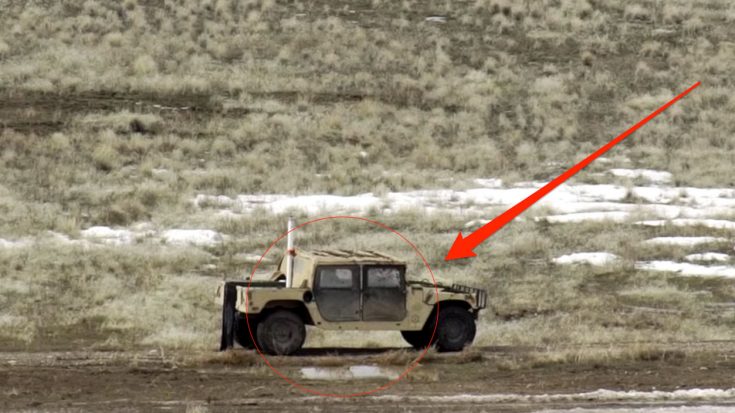 Nails In A Coffin.

The A-10 Warthog, what’s not to love about it? The A-10 is a seasoned veteran with over 40 years of combat experience and an infantry unit’s best friend. The familiar sound of those supersonic bullets ripping enemy vehicles to shreds always reassures ground units that everything is going to be just fine on the battlefield.

The 124th Fighter Wing is a big fan of the A-10 Warthog’s cannon and they make sure they know how to use it during training. They have an entire shooting range in Idaho dedicated to destroying realistic targets.

“Saylor Creek is a 100,000-acre bombing and training range in southern Idaho. It is associated with Mountain Home Air Force Base, located 25 miles north of the range, but is used by aircrews from other bases as well. The range is primarily used by flying forces, training for air to ground warfare, and is covered with simulated hostile radar facilities, most of which are moveable electronic ‘threats,’ like those used on the Nellis Range in Nevada and elsewhere.”

In this awesome video, you can see exactly what an A-10 Warthog’s GAU-8 cannon can do to an armored humvee. It never stood a chance against those rounds.