New Film on HBO Will Put You Inside The Mythical B-17: “The Cold Blue” 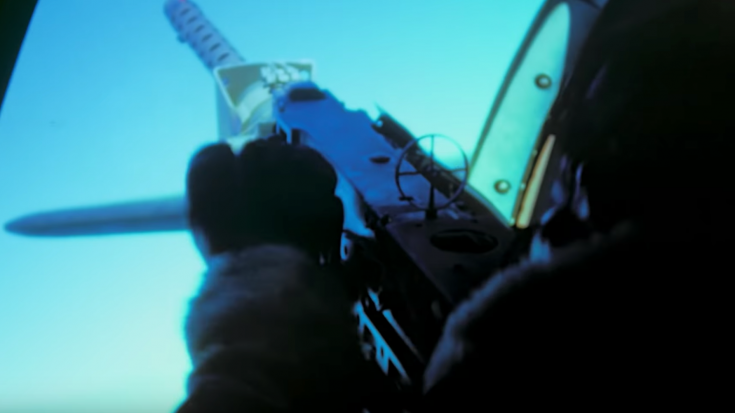 The Flying Fortress has definitely earned its place in the pantheon of aviation wonders, and this new documentary is set to show us how it became a marvel of near mythic regard in a more intimate and immersive light.

Boeing’s four-engine strategic bomber masterpiece was at the heart of the most important Allied bombing missions in the European Theater: It was fast for its size, and it had a remarkable operational ceiling. These, along with its other cutting-edge attributes,  equipped the B-17 for epic raids and grandiose displays of large formations that tore through the skies above the Reich.

Because of its legend, it has been heavily featured in newsreels and the silver screen, yet there is no single footage that captured what flying the B-17 really looks and feels like.

This would all change on May 23, just in time for Memorial Day.

Mark that day on your calendars folks, because there will be a nationwide, one-night-only screening of The Cold Blue – a groundbreaking documentary featuring the B-17, and one which has all the makings of a cinematic masterpiece.

See all the action on the big screen when The Cold Blue comes to the cinemas for a special one night premiere event May 23 featuring exclusive behind the scenes footage of the making of the film. https://t.co/0EEiUGzO0G pic.twitter.com/IZ8NMaUMMn

The film is the brainchild of Erik Nelson, a documentarian whose prolific career has spanned four decades and whose brilliance has been lauded by the likes of Werner Herzog and Paul Allen. Nelson initially worked on researching color footage of WWII aircraft, but his laborious work led him to a collection of outtake shots of the highly-touted 1943 documentary Memphis Belle, which was made by the filmmaker William Wyler. His bulb of inspiration lit up.

"The Cold Blue builds a mesmerizing historical journey with a one-two punch of technological wizardry and emotional but never cloying artistry. The result is one of the most visceral World War II documentaries ever produced." See it in theaters May 23. https://t.co/objZpwNo43 pic.twitter.com/jdPqOHrxga

The discovered footages were stitched together to form a compelling narrative that is so visceral and surreal, it felt like the depicted events happened just yesterday. The project took three years to complete, yet Nelson was quick to admit that it was rushed in order to show the film to the veteran B-17 crews who took part in the film. In an interview, he said:

“Every year there are 20 to 30 percent fewer people at their reunions. This film needed to get out. I wanted these guys to know that they’re not going to be forgotten.”

The Cold Blue is more than a manifestation of today’s highly advanced filmmaking technology: It is a fitting tribute to a history-altering aircraft and the people who flew it. To those who fought in it.